SCOTUS Rules: If You Are Injured By A Vaccine, You Are On Your Own 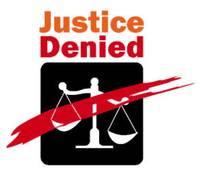 The world has just changed.

The Supreme Court has just ruled that if you are injured by a vaccine, you have no right to sue anyone for it.
The only right you do have is the right to ASK the government to pay you for it.
And if they don't want to, you have no recourse and there is NO consequence for the government.

And the government rejects the vast majority of vaccine injury cases that people file.
There will be reams written about this to come, but for the moment, you need to understand that your government has removed your basic civil right to go to court if you are hurt or your child is killed by one class of medical products.
I cannot imagine that there will be any other reaction to this than parents everywhere declining vaccination on a wider and wider scale as they come to realize that this means, choosing instead to chance treatable viral illness over a life of poverty following a debilating vaccine injury.  When England removed the separate measles, mumps and rubella vaccines from the market, and their choice was MMR or nothing, mom's choose nothing.
Which will mean that the next step for the vaccine pushers, and truly no one can deny that they are pushers at this point, will be to travel down the course that Offit has been telegraphing since last year and begin to use coercive measures on the public to FORCE vaccination.  We know that CPS has already used child removal, that schools have illegally denied entry and that even judges have ordered parents to vaccinate in complete violation of their own state laws.  So where is the Doctocracy going to take us from here?
And when will we collectively, as a nation, yell STOP!
Because until we do... you have to understand...
YOU ARE ON YOUR OWN.

From the Coalition for Vaccine Safety:

New York, NY – The Coalition for Vaccine Safety (CVS) condemns the decision of the U.S. Supreme Court in Bruesewitz v. Wyeth to preempt all vaccine design defect lawsuits in state and federal civil court.  Quoting Justice Sotomayor’s dissent, the majority “imposes its own bare policy preference over the considered judgment of Congress.”  In the dissent, which Justice Ginsburg joined, Justice Sotomayor argues that the majority misreads the text, misconstrues the Act’s legislative history, and “disturbs the careful balance Congress struck between compensating vaccine-injured children and stabilizing the childhood vaccine market.”

The actual circumstances in Bruesewitz v. Wyeth illustrate why the Supreme Court’s decision is misguided.  Hannah Bruesewitz, hours after a diphtheria-pertussis-tetanus vaccine, developed catastrophic brain injury and a lifelong seizure disorder.  The only plausible explanation for the harm to Hannah was her vaccine.  Indeed, many other children were injured by the same vaccine lot, yet the Vaccine Injury Compensation Program, the only court where Hannah could bring her claim, denied compensation after years of litigation.  Now the Supreme Court tells Hannah and her family that there is no courtroom in the country in which she can obtain justice and compensation for the years of care ahead that she needs.

The majority’s true intent appears to be to prevent several thousand tort cases claiming a link between vaccines and autism from reaching civil court to assert that a dangerous vaccine design, using mercury as a preservative, was defective.  Sotomayor writes that this concern, to shield manufacturers from litigation, “appears to underlie the majority and concurring opinions in this case.”

According to vaccine safety advocate Louise Kuo Habakus, “The Court is telling parents that they’re on their own.  Parents know that 4 out of 5 cases of vaccine injury do not get compensation in the misnamed Vaccine Injury Compensation Program.  The Supreme Court has slammed the courthouse doors shut.”  Because the federal government recommends 70 doses of 16 “unavoidably unsafe” vaccines, and states compel 30-45 doses for school attendance, this issue affects all children.

CVS calls for Congressional hearings and action to amend the 1986 National Childhood Vaccine Injury Act to reinstate the right to sue for vaccine design defect in civil court.

“The U.S. Supreme Court has removed all financial incentive for multi-national pharmaceutical corporations, which enjoy a $20 billion dollar business, to make vaccines as safe as they can be”

In a 6-2 decision, the Court majority voted to reject substantial evidence in the Act’s legislative history that the 99th Congress fully intended to protect an American’s right to sue a pharmaceutical corporation for injuries that could have been prevented if the company had elected to make a safer vaccine.
NVIC co-founder and president Barbara Loe Fisher, said “Parents of vaccine injured children, who worked in good faith with Congress in the early 1980’s on the 1986 law, have been betrayed by six American judges, who ignored congressional intent and threw victims of vaccine injury under the bus in order to give complete liability protection to a wealthy industry with a long history of hiding their products’ risks. They have removed the safety net we were promised. If we had known this day would come, we would have vigorously opposed any federal legislation that limited civil liability for drug corporations now making substantial profits from vaccines mandated by government.”
Hannah Bruesewitz was brain injured by DPT vaccine as a child but she was denied compensation by the U.S. Court of Claims, which administers the federal vaccine injury compensation program created by the 1986 Act that has turned away two out of three plaintiffs. Her attorneys then sued in civil court, providing evidence that Wyeth-Lederle had the technology to produce a less reactive, purified pertussis vaccine but declined to do so.
“The U.S. Supreme Court has removed all financial incentive for multi-national pharmaceutical corporations, which enjoy a $20 billion dollar business, to make vaccines as safe as they can be,” said Fisher. “This is a sad day for all Americans forced by law to use dozens of doses of vaccines or be barred from school or health insurance or employment. The only leverage left to American consumers to ensure that vaccines with the fewest health risks are produced is to oppose vaccine mandates and work to defendvaccine exemptions in all public health laws.”
The National Vaccine Information Center is a non-profit charity founded in 1982 to prevent vaccine injuries and deaths through public education. NVIC co-founders were responsible for inclusion of vaccine safety and research provisions in the 1986 Act, including theVaccine Adverse Events Reporting System, and for ensuring that the Act protected the right of those injured by vaccines to access the civil court system if they were turned down for compensation or offered too little to meet their lifetime medical care needs.
NVIC has been critical of the failure of the U.S. Departments of Justice and Health and Human Services to implement the 1986 law in accordance with legislative language, history and congressional intent. For more information, go to www.NVIC.org
Contacts
National Vaccine Information Center (NVIC)
Barbara Loe Fisher
President – Co-Founder
703-938-0342
www.NVIC.org
at February 22, 2011

I think you are overstating the case. NVIC is still in place, and parents can still take their case to Vaccine Court.

Well I think you are an actual, real living Pharma shill. NVIC is not a legislative body, so they have nothing to do with this, and as I stated in my article, and for years on this blog, the "vaccine court" is not a court, and it is rigged against families.

I will ask you one more time.

Either make a statement that you do not receive compensation from vaccine interests for your online vaccine advocacy, or point me to where you have done so in the past, or where I can read a clear statement on what your conflicts of interest are.

I have asked you half a dozen times, every time you pick at me, and you won't do it.

And if you won't, then please refrain from posing as a mere citizen and posting on this blog.

I agree that this decision will discourage parents who are paying attention from vaccinating and will supply ammunition to vaccine critics. No sensible person will take even a slight risk if the benefits are weak (there are other ways of avoiding childhood illnesses or reducing the likelihood of a severe case) and the risks are huge. With the number of doses of vaccines being given, even a low level of risk (say one 1 million for a severe reaction) adds up to a fairly high chance for any individual. As you point out, Ginger, the government can refuse to consider a case or rule against a family and there is no recourse.

As always, wonderful job Ginger. Just wondering if anyone asked any current members of congress that were in office in 1986 for a statement on what their interpretation of the vaccine compensation act was regarding "product defect". Dan Burton must have something to say.

Oh, and Ken, try paying more attention to your kid rather than spending countless hours fighting those who are just trying to gain answers to actually help their children. I feel so sad for your son and the neglect he endures. Poor kid.

As for today's SCOTUS abomination:
"It is hard to imagine a more stupid or more dangerous way of making decisions than by putting those decisions in the hands of people who pay no price for being wrong."
- Thomas Sowell

No compensation no vaccines then.
Simple as that.
Please boycott big pharma as they the ones behind this as they have the judges in their pockets.