Online Harassment: Ryan Searfoss Wants Me To Kill Myself. Perhaps You Too.

I have not done a ton of writing about the individual bullying that goes on to families like ours.  But this one deserves a spotlight.  Ryan Searfoss is writing to mothers like me to tell them to kill themselves.  Because we know that sending messages like these are potentially very harmful, can lead to the end of a life, and are completely out of the bounds of acceptable behavior in society.

This holds for every human in this debate.  While certainly disability parents should never be treated this way, not even the most corrupt public official should be either.

And whomever this Ryan Serfoss guy is, and I don't have a clue, I hope those who know him, and whatever community he belogs to, will tell him to cut it out. 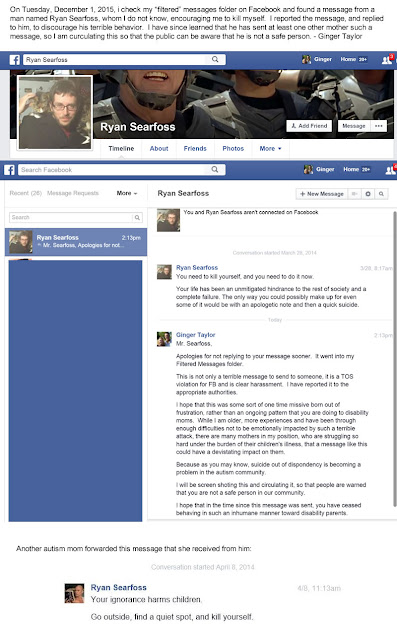 Since posting this I have found four more women who have similar messages from him, all sent over the span of a year and a half.  This is a habitual offender apparently.  Will post their screen shots if they give me permission. 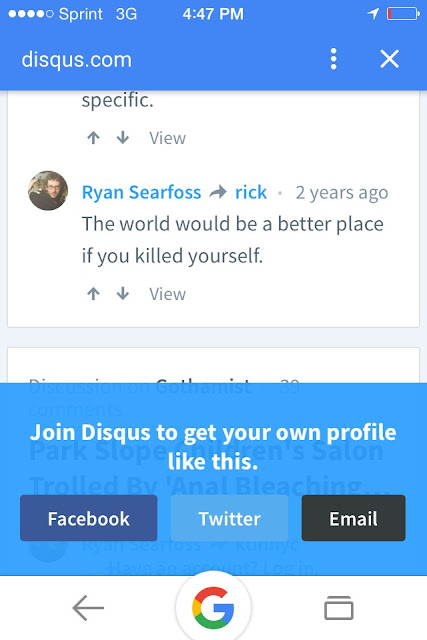 Mr. Searfoss apparently has become aware of this post, and sent me the following today: 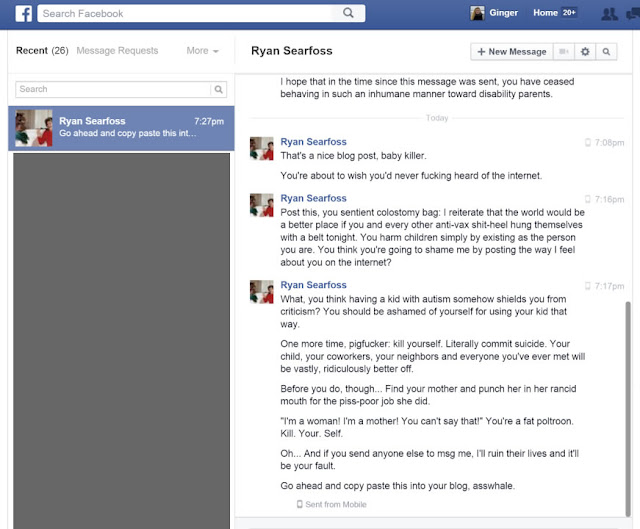 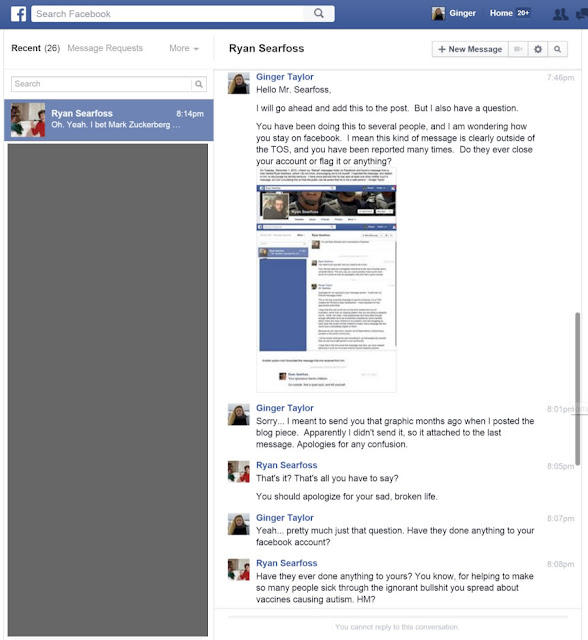 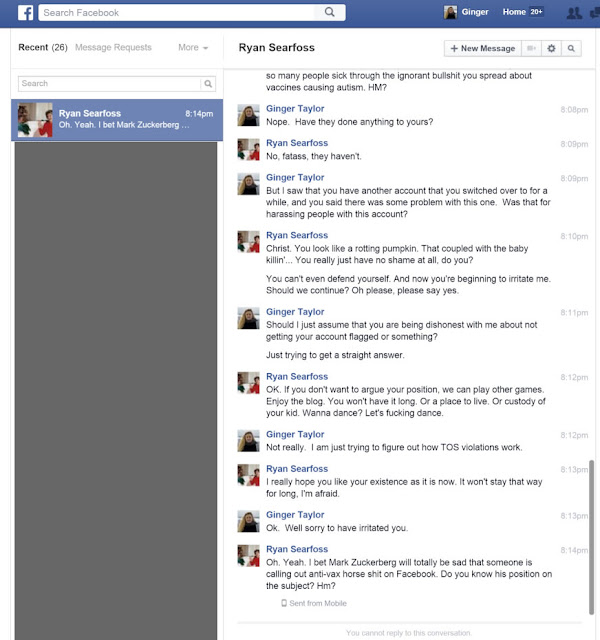 He is still at it.  This week from Yolanda Gilbert Gracia: 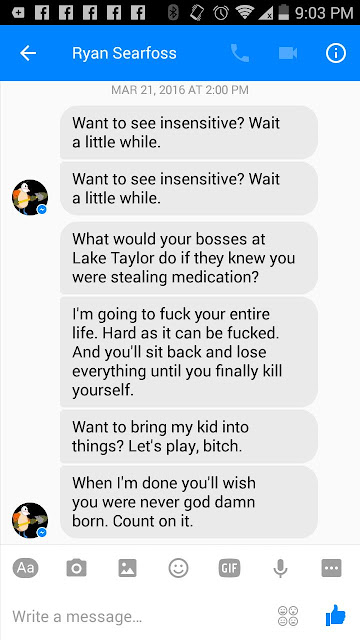 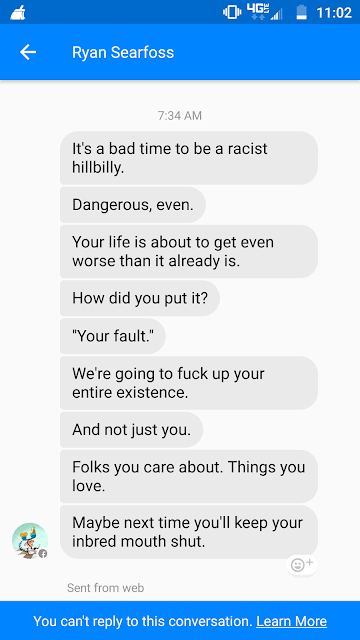