No, The Theory of Vaccine Induced Autism Did Not Begin With Andrew Wakefield

“The story of how vaccines came to be questioned as a cause of autism dates back to the 1990s. In 1995, a group of British researchers published a cohort study in the Lancet showing that individuals who had been vaccinated with the measles-mumps-rubella vaccine (MMR) were more likely to have bowel disease than individuals who had not received MMR. One of these researchers was gastroenterologist Andrew Wakefield, MD, who went on to further study a possible link between the vaccine and bowel disease by speculating that persistent infection with vaccine virus caused disruption of the intestinal tissue that in turn led to bowel disease and neuropsychiatric disease (specifically, autism). ” - The History of Vaccines, The College of Physicians of Philadelphia. 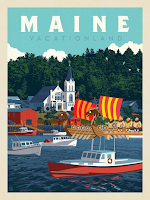 The story of how vaccines came to be questioned as a cause of autism dates back to the first paper describing autism in 1943.

In his disorder defining paper "Autistic Disturbances of Affective Contact," published in Nervous Child in 1943, Leo Kanner of Johns Hopkins University included the first report of vaccine induced autistic regression. In Kanner's case series describing the first 11 children documented to have the disorder, case number 3, “Richard M.” is reported by his mother to have begun his developmental regression following a smallpox vaccination.  From the paper:

“Case 3. Richard M. was referred to the Johns Hopkins Hospital on February 5, 1941, at 3 years, 3 months of age, with the complaint of deafness because he did not talk and did not respond to questions.”

“Following smallpox vaccination at 12 months, he had an attack of diarrhea and fever, from which he recovered in somewhat less than a week.”

“In September, 1940, the mother, in commenting on Richard's failure to talk, remarked in her notes: I can't be sure just when he stopped the imitation of words sounds.  It seems that he has gone backward mentally gradually for the last two years.”


The time line of Richard M, according to the paper, is thus:

February 1941 – Referred to Hopkins for evaluation, and in 1943, becomes the third child to be described as autistic by Leo Kanner in his disorder defining paper, the first paper published on autism, 55 years before Wakefield.

Yet Wakefield et. al. Included parental reports of vaccine induced regression in their 1998 paper, “Ileal-lymphoid-nodular hyperplasia, non-specific colitis, and pervasive developmental disorder in children” in the Lancet in 1998, and are credited (or blamed) with originating the discussion on vaccine induced autism.

Despite the fact that the 55 year old discussion had been developed, published on, and the subject of official HHS inquiries before anyone ever knew the name Wakefield.

In the 40s and 50s, the Freudians were in command of the narrative on childhood mental health, and maternal rejection of the child was asserted as the source of the rare disorder.  This until Bernard Rimland, Ph. D. ended the supremacy of the unfounded and misogynistic theory, and began the era of medical investigation into the origins of autism in the 1960s.

In March of 1976, in Germany,  Eggers published, “Autistic Syndrome (Kanner) and Vaccination Against Smallpox” wherein he described that:


“3-4 weeks following an otherwise uncomplicated first vaccination against smallpox a boy, then aged 15 months and last seen at the age of 5 1/2 years, gradually developed a complete Kanner syndrome. The question whether vaccination and early infantile autism might be connected is being discussed. A causal relationship is considered extremely unlikely. But vaccination is recognized as having a starter function for the onset of autism.”

From the first time I heard the name “Wakefield” in the media in the early 2000s, I had always known that the story that Wakefield kicked off the suspicion that vaccines may cause autism in 1998 was bogus, because the first time I heard the theory was in an undergraduate psychology class during my 88-89 year at George Mason University.  During a very short discussion on the rare childhood developmental disorder called “Autism” that Dustin Hoffman had in that movie Rainman, our professor noted that it might be cause by vaccines.  I made a mental note of that and decided to look into it when I had kids someday.

By the opening of the 1990s the vaccine-autism causation discussion was so widespread that the Institute of Medicine was including it in their reports on vaccine safety funded by the National Institutes of Health, published by the National Academy of Sciences and edited by none other than Harvard's Harvey Fineberg:

“Adverse Effects of Pertussis and Rubella Vaccines: A Report of the Committee to Review the Adverse Consequences of Pertussis and Rubella Vaccines.
Editors
Institute of Medicine (US) Committee to Review the Adverse Consequences of Pertussis and Rubella Vaccines; Howson CP, Howe CJ, Fineberg HV, editors.
Source
Washington (DC): National Academies Press (US); 1991.
The National Academies Collection: Reports funded by National Institutes of Health.
Excerpt
Parents have come to depend on vaccines to protect their children from a variety of diseases. Some evidence suggests, however, that vaccination against pertussis (whooping cough) and rubella (German measles) is, in a small number of cases, associated with increased risk of serious illness. This book examines the controversy over the evidence and offers a comprehensively documented assessment of the risk of illness following immunization with vaccines against pertussis and rubella. Based on extensive review of the evidence from epidemiologic studies, case histories, studies in animals, and other sources of information, the book examines: The relation of pertussis vaccines to a number of serious adverse events, including encephalopathy and other central nervous system disorders, sudden infant death syndrome, autism, Guillain-Barre syndrome, learning disabilities, and Reye syndrome. The relation of rubella vaccines to arthritis, various neuropathies, and thrombocytopenic purpura. The volume, which includes a description of the committee's methods for evaluating evidence and directions for future research, will be important reading for public health officials, pediatricians, researchers, and concerned parents.
Copyright © 1991 by the National Academy of Sciences.”

Andrew Wakefield, according to the current false narrative and revisionist history pushed by mainstream medicine and their media partners, magically erases 55 years of history and discovers the vaccine-autism causation theory for the first time, in much the same way that Christopher Columbus “discovered” the Americas, half a millennium or so after the Vikings had made my home state of Maine a vacation spot.

He did what Kanner did in 1943.  Took patient histories, and including parental reports in a paper.