Mechanisms of Aluminum Adjuvant Toxicity and Autoimmunity in Pediatric Populations 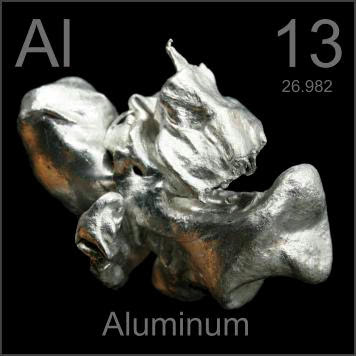 Mechanisms of aluminum adjuvant toxicity and autoimmunity in pediatric populations

Immune challenges during early development, including those vaccine-induced, can lead to
permanent detrimental alterations of the brain and immune function. Experimental evidence
also shows that simultaneous administration of as little as two to three immune adjuvants can
overcome genetic resistance to autoimmunity. In some developed countries, by the time children
are 4 to 6 years old, they will have received a total of 126 antigenic compounds along with
high amounts of aluminum (Al) adjuvants through routine vaccinations. According to the US
Food and Drug Administration, safety assessments for vaccines have often not included
appropriate toxicity studies because vaccines have not been viewed as inherently toxic.
Taken together, these observations raise plausible concerns about the overall safety of current
childhood vaccination programs. When assessing adjuvant toxicity in children, several key
points ought to be considered: (i) infants and children should not be viewed as ‘‘small adults’’
with regard to toxicological risk as their unique physiology makes them much more vulnerable
to toxic insults; (ii) in adult humans Al vaccine adjuvants have been linked to a variety of
serious autoimmune and inflammatory conditions (i.e., ‘‘ASIA’’), yet children are regularly
exposed to much higher amounts of Al from vaccines than adults; (iii) it is often assumed that
peripheral immune responses do not affect brain function. However, it is now clearly established
that there is a bidirectional neuro-immune cross-talk that plays crucial roles in immunoregulation
as well as brain function. In turn, perturbations of the neuro-immune axis have
been demonstrated in many autoimmune diseases encompassed in ‘‘ASIA’’ and are thought to
be driven by a hyperactive immune response; and (iv) the same components of the neuroimmune
axis that play key roles in brain development and immune function are heavily targeted
by Al adjuvants. In summary, research evidence shows that increasing concerns about
current vaccination practices may indeed be warranted. Because children may be most at risk
of vaccine-induced complications, a rigorous evaluation of the vaccine-related adverse health
impacts in the pediatric population is urgently needed.