Offit Called Out For Lying AGAIN!

Why does this man still get published! 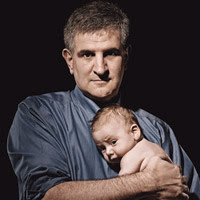 Paul Offit responded to the piece in the OC Register here.

Note the comments section... everyone knew the man was not telling the truth.

Now, three years later, the OC Register has retracted the article, because they had to come to grips with what we have learned the hard way, that the man is a big fat liar.

"An OC Register article dated Aug. 4, 2008 entitled “Dr. Paul Offit Responds” contained several disparaging statements that Dr. Offit of Children’s Hospital of Philadelphia made about CBS News Investigative Correspondent Sharyl Attkisson and her report. Upon further review, it appears that a number of Dr. Offit’s statements, as quoted in the OC Register article, were unsubstantiated and/or false. Attkisson had previously reported on the vaccine industry ties of Dr. Offit and others in a CBS Evening News report “How Independent Are Vaccine Defenders?” July 25, 2008.

Unsubstantiated statements include: Offit’s claim that Attkisson “lied”; and Offit’s claim that CBS News sent a “mean spirited and vituperative” email “over the signature of Sharyl Attkisson” stating “You’re clearly hiding something.” In fact, the OC Register has no evidence to support those claims. Further, Offit told the OC Register that he provided CBS News “the details of his relationship, and Children’s Hospital of Philadelphia’s relationship, with pharmaceutical company Merck.” However, documents provided by CBS News indicate Offit did not disclose his financial relationships with Merck, including a $1.5 million Hilleman chair he sits in that is co-sponsored by Merck. According to the CBS News’ documentation recently reviewed by the OC Register, the network requested (but Offit did not disclose) the entire profile of his professional financial relationships with pharmaceutical companies including: The amount of compensation he’d received from which companies in speaking fees; and pharmaceutical consulting relationships and fees. The CBS News documentation indicates Offit also did not disclose his share of past and future royalties for the Merck vaccine he co-invented. To the extent that unsubstantiated and/or false claims appeared in the OC Register and have been repeated by other organizations and individuals, the OC Register wishes to express this clarification for their reference and for the record."

Three years later? What happened that after three years they finally retracted their article. Strange.

Just a reminder of this article, wherein Paul O. claims that vaccine rates were high in the U.S. back in the early 90s: http://www.beyondconformity.co.nz/_blog/Hilary%27s_Desk/post/Deadly_choices_-_Paul%27s_porkies/