Drug Firms Need You To Fully Vaccinate Now More Than Ever 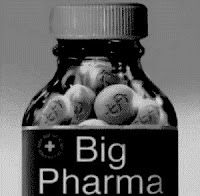 If you won't vaccinate for the sake of your kids, then good god man... do it out of pity for Pfizer and Sanofi. Profits are down and going to drop like a stone soon, and Japan just dropped two of their vaccines because they killed 4 children.

Good news for Merck though... even though 93 girls have died after Gardasil, the US FDA still doesn't give a damn. Thank god for corruption and revolving doors... am I right fellas?

Sources told the Japanese news agency the ministry decided Friday to stop administering the Hib vaccine to prevent bacterial meningitis and a vaccine to protect against streptococcus pneumoniae.

So far, no direct causal relationship has been established between the vaccines and the children's deaths, but the ministry intends to convene an expert panel in the coming days to look into the issue, the sources said.

Some of the children had underlying illnesses and others did not.

Kyodo said all four children received a vaccine against streptococcus pneumoniae manufactured by Pfizer Inc., based in New York, and all but the girl in Nishinomiya received ActHIB, made by Sanofi Pasteur Inc., based in Lyon, France.

Except for the boy in Takarazuka, all also received a mixed vaccine against diphtheria, whooping cough and tetanus the same day they received other vaccines.

Millions of doses of the vaccines have been administered in Japan in recent years.

Drug Firms Face Billions in Losses in ’11 as Patents End

At the end of November, Pfizer stands to lose a $10-billion-a-year revenue stream when the patent on its blockbuster cholesterol drug Lipitor expires and cheaper generics begin to cut into the company’s huge sales.

The loss poses a daunting challenge for Pfizer, one shared by nearly every major pharmaceutical company. This year alone, because of patent expirations, the drug industry will lose control over more than 10 megamedicines whose combined annual sales have neared $50 billion.

This is a sobering reversal for an industry that just a few years ago was the world’s most profitable business sector but is now under pressure to reinvent itself and shed its dependence on blockbuster drugs. And it casts a spotlight on the problems drug companies now face: a drought of big drug breakthroughs and research discoveries; pressure from insurers and the government to hold down prices; regulatory vigilance and government investigations; and thousands of layoffs in research and development.

Morgan Stanley recently downgraded the entire group of multinational pharmaceutical companies based in Europe — AstraZeneca, Bayer, GlaxoSmithKline, Novartis, Novo Nordisk and Roche — in a report titled “An Avalanche of Risk? Downgrading to Cautious.” The analysts wrote, “The operating environment for pharma is worsening rapidly.”

The same concerns apply to drug giants in the United States. They are all struggling with research failures as they scramble to replace their cash cows, like Pfizer’s multimillion-dollar gamble on a replacement for the cholesterol-lowering drug Lipitor, which failed miserably in clinical trials. Drug companies cut 53,000 jobs last year and 61,000 in 2009, far more than most other sectors, according to the outplacement company Challenger, Gray & Christmas.

“This is panic time, this is truly panic time for the industry,” said Kenneth I. Kaitin, director of the Center for the Study of Drug Development at Tufts University in Medford, Mass. “I don’t think there’s a company out there that doesn’t realize they don’t have enough products in the pipeline or the portfolio, don’t have enough revenue to sustain their research and development.”

While industrywide research and development spending has nearly doubled to $45 billion a year over the last decade, the Food and Drug Administration has approved fewer and fewer new drugs. Pfizer and Eli Lilly had major setbacks last year in once-promising Alzheimer’s drug experiments. Merck discontinued one of two major clinical trials testing its top acquisition from its merger with Schering Plough, a blood thinner that caused dangerous amounts of bleeding in some patients.

Drug company executives have begun addressing the calls for reinvention.

“We have to fix our innovative core,” Pfizer’s new president, Ian C. Read, said in an interview recently. To do that, the company is refocusing on smaller niches in cancer, inflammation, neuroscience and branded generics — and slashing as much as 30 percent of its own research and development spending in the next two years as its scientists work on only the most potentially profitable prospects.

Consumers should see a financial benefit as lower-cost generics replace the expensive elite drugs, but may suffer in the long term if companies reduce research and do not produce new drugs that meet the public’s needs.

“You don’t lay off R&D if it’s just a cycle,” says Erik Gordon, a clinical assistant professor at the University of Michigan business school who follows the pharmaceutical industry. “That kills progress.”

The federal government is also concerned about the slowing pace of new drugs coming from the industry. Francis S. Collins, director of the National Institutes of Health, recently proposed a billion-dollar drug development center at the agency.

“We seem to have a systemic problem here,” Dr. Collins said, adding that government research efforts were intended to feed the private sector, not compete with it.

Mr. Read of Pfizer says new products can replace some but not all of the patent losses.

“The hurricane is making landfall,” said Jeremy Batstone-Carr, an analyst at Charles Stanley Securities, but he added that Pfizer is among several drug companies giving solace to shareholders by returning money through stock buybacks and dividends. Pfizer’s best asset, he said, is its $20 billion stockpile of cash. Yet since 2000, Pfizer’s and Merck’s share prices dropped about 60 percent, while the Dow rose 19 percent.

Several of the drug titans have bought competitors with newer products to fill their own sales gaps, essentially paying cash for future revenue as their own research was flagging. In the last two years, Pfizer paid $68 billion for Wyeth, Merck paid $41 billion for Schering-Plough, Roche paid $46 billion for Genentech, and Sanofi-Aventis paid $20 billion for Genzyme.

Henry G. Grabowski, a professor of economics and director of the Duke University program in pharmaceutical health economics, likened the recent pharmaceutical megamergers to those that occurred in the banking and telecommunications industries when they were hit by financial shocks in the 1990s.

But he warned that this wave would not guarantee significant research developments in the long term.

“It’s never been shown that these big horizontal mergers are good for R&D productivity,” Dr. Grabowski said. “I’m in a show-me mode that they get you any real advances other than some short-term cost efficiencies that wear out.”

As they move beyond the blockbuster model, companies are refining their approach toward personalized medicines and forming more partnerships. Using genetic or other tests, the plan is to sell new drugs not to millions and millions of people, but to those who would most clearly benefit.

Still, the industry faces intense pressure from generic competition and has tried every tactic to ward it off, including extended-release versions of the same medicine and new pills that combine two ingredients. But 75 percent of all prescriptions in the United States are now low-price, low-profit generic drugs.

At the same time, pharmaceutical companies are being urged by managed care and government health programs to cut prices and improve reimbursement terms for their most profitable pills.

That follows similar practices in Europe, where Germany and the Britain, among other countries, are all increasing pressure for lower drug prices.

“Europe is an ugly place to do business today and will be in five years’ time,” Christopher A. Viehbacher, chief executive of the French drug giant Sanofi-Aventis, said in an interview.

In the United States, Mr. Viehbacher said generic drugs were taking over the primary care market, leaving the best growth potential in specialty markets and in emerging nations like China, Brazil and Indonesia.

Even in those markets, health systems will not be the profit centers that the United States has been. China, emerging this year as the third-largest pharmaceutical market behind the United States and Japan, plans to cut hundreds of drug prices by an average of 40 percent.

The drug industry has long said that Americans fueled the research engine, spending much more per capita on prescriptions than in any other nation, and paying the highest prices for prescribed medicines.

Drug industry lobbyists have beaten back Democratic proposals to set prices at the lower levels of nations like Canada or to allow Medicare to directly negotiate prices. The industry, by supporting President Obama’s health care overhaul, capped its contribution at $90 billion over 10 years in return for the promise of up to 32 million newly insured customers starting in 2014.

The new law also contains a major threat to drug industry profits in a little-known section that would allow centralized price-setting. Beginning in 2015, an independent board appointed by the president could lower prices across the board in Medicare unless Congress acted each year to overrule it. Medicare pays more than 20 percent of the nation’s retail drug bills.

The industry has also been unsettled by the scores of fraud, bribery and kickback cases involving conduct that federal investigators contend have added billions to the nation’s drug bill. The penalties have been stiff, and the settlements steep.

In 2009, Pfizer paid the largest criminal fine in the nation’s history as part of a $2.3 billion settlement over marketing drugs for unapproved uses. Some analysts say larger fraud and foreign bribery cases will come. The drug companies are responding with extra-careful sales training and vows to restrain marketing zeal. But the change in corporate culture could cost them: internal documents show some of the companies have profited spectacularly from seeking federal approval of a new drug for a limited use, then marketing it far more widely off label.

Other changes are afoot that will no doubt affect the bottom line. They include growing restrictions on gifts, fees and trips to influence doctors to use their products; curbs on the ghost writing of medical journal articles and a push for more disclosure of negative study results. As the golden age of blockbuster drugs fades, so are some of the marketing excesses of the past two decades — the tactics that helped bring in immense profits.

Some analysts see the industry’s decline as an investment opportunity. They say drug stocks are good buys because of low price-to-earnings ratios, which typically reflect industry decline or investor pessimism, and high dividend yields averaging more than 4 percent a year.

This article has been revised to reflect the following correction:


An earlier version of this article misstated the status of some drug trials involving a blood thinner. Merck discontinued one trial, but another trial continues, although some patients have been removed from the study.

Email ThisBlogThis!Share to TwitterShare to FacebookShare to Pinterest
Labels: Pharma

Does this mean that the CBS Evening Drug Commercials with Katie Couric will have more news and less drugs?