Paul Offit Pulls Out of a Debate with Toni Bark

Paul Offit and Toni Bark were set to appear today on the Mike Gallagher radio show to discuss vaccines.

Interesting follow up to the refusal to appear on Democracy Now at the same time as Mary Holland.  The hosts called him out for it on the air and Offit melted down.

Paul Offit is a liar and a coward.

I long for the day he is placed under oath, is made to testify and is cross examined. 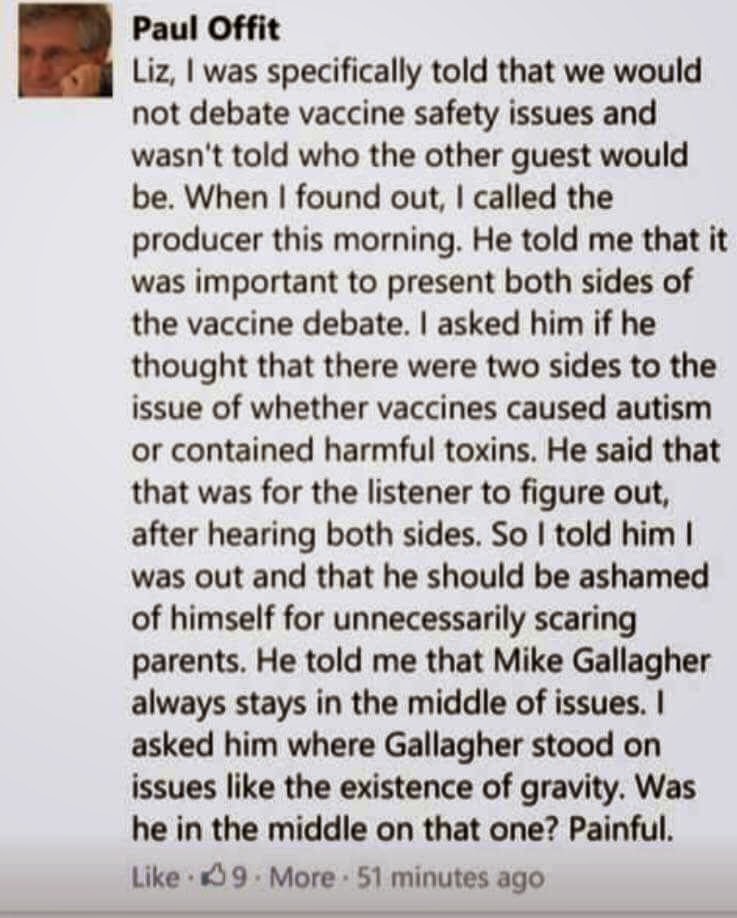 Liar and coward is what he is on a good day

There's only one truthful side to this issue and he's not on the side of truth. There ARE toxins in vaccines. It's not just about autism either. Kids are suffering many injuries and even DYING, Paul! What an insufferable hack.

What makes you think he'd tell the truth under oath?

Good grief! I can't believe he tried to equate vaccine safety with the laws of gravity. God-complex much? I think he must truly believe his own lies.

Wow.. so he is above everybody. I guess he must be a God? Lol what a douchebag