Tom Insel's Lame Attempt to Save His Job

Monday our community called for the unceremonious firing of The man who has spent the last six years perpetuating the autism epidemic by sabotaging the natural progress of research and inquiry.  IACC chief Tom Insel (brother to a  vaccine maker) has directed research from this environmentally caused epidemic to genetics... wasting millions of dollars and lives.

So about ten minutes ago, Insel sends out a link to a new blog he has written entitled:

So my immediate thought is... "Well apparently we have gotten his attention, and he is going to now have to tip his had to environmental causes to stay in the game.  Let's see what he has to say."

Well he certainly starts out asking the right questions:

Increasing prevalence suggests environmental factors like chemicals and microbes changing over the past decade, whereas genes change over generations. Why is anyone looking for genetic causes when there is such a rapid increase in prevalence? Shouldn’t every research dollar be invested in finding the environmental culprit rather than searching for rare gene variants?

Imagine my shock when he then fails to answer those burning questions and, who would have guessed it, he spent the whole piece promoting GENETICS!  The thing actually should have been entitled, "The New Genetics of Autism - Why Genes Matter - Seriously They Do - Please Don't Fire Me - I'm Really Smart."

He flat out says that at most 20% of cases are "genetic," and that seems to be his justification for not answering "Hell, YES!" to that last question on shouldn't research dollars be going to environmental causes!

He does say of course the obligatory, "environment plays a role," but even freely admits that genetic research will NOT find environmental causes!  But hey... lets keep pouring our time, money and children down that bottomless pit called 'Genetic Research on Autism.'

This what I see when I read this horrid essay: 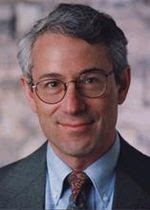 I have been entrusted with finding the causes and cures of autism for the last six years, but instead, autism rates have more than doubled on my watch.  I freely admit that more than 80% of autism is environmental, and less than 20% can be attributed to genetic causes, but I have decided to ignore the environmental factors in autism that could, if found and quickly addressed to prevent exposures, could end the autism epidemic in the next two or three birth cohorts.

Instead, I am going to continue to pour hundreds of millions of tax payer dollars into genetic studies that have not yet prevented one case of autism, nor lead to one medical treatment for autism, into this dead end, just in case we find something really cool that might help us call some kinds of autism one thing and some kinds of autism something else.  They still won't tell us what we can do to prevent autism in kids of parents who have these genes, and it might even be that the genes are not even the parents genes, but genes that get broken in the sperm cells cause they are poisoned or microwaved or whatever in daddy's drawers before conception, but still... how cool is it to find different genes and stuff!

My earnest hope has been that you wouldn't notice that I have already wasted 700 million dollars doing nothing and issuing reports that say nothing except, "send me more money to figure this out, I am totally gonna fix this, I swear... but it is just so hard!", but as a hundred thousand or so of you in the autism community have just called for me to be fired, I am guessing that is out the door.  So now I am really just hoping that I can get away with using the word "environmental" in a title on my blog and you will be fooled into thinking I am taking the autism epidemic seriously.

Failing that, I can only hope that you have decided that I am an ineffectual douchbag who does not have the competence to figure this out, because if that does not fly, it will be super apparent to anyone to takes a hard look at me that I am a corrupt bastard trying to preserve my brother Dick's interest and those of the Administrations big donors.   Also HHS... please don't notice that we are actually a vaccine maker too, and get cash payments from the people you THINK are making the vaccines, like Merck, cause we hold patents on the shots that we recommend you buy from them.   (Have you heard about my brother Dick? Yyou see he brought a vaccine to market, sold the company to Wyeth, then went to work trying to cure diabetes.  See what he did there... make a product that causes autoimmune disorders, then make a bundle treating autoimmune disorders!  Money coming and going... genius really.  He is the smarter brother, I will give him that.)

Also about HHS... please don't notice that we are actually a vaccine maker too, and get cash payments from the people you THINK are making the vaccines, like Merck, cause we hold patents on the shots that we recommend you buy from them. Yes I work for NIH and yes NIH holds the Gardasil patent, and yes NIH gets a check for every Gardasil shot you buy, and no we never disclose that, but I swear... vaccines are not a problem. It genes. Really.

In closing, please notice what a pleasant smile I have.  Autism parents are good people.

Full text of the blog piece:

Well then. We must all stop calling it Autism. What we have here is a 20 year old intentional harming of thousands of children for the greater good. Period.

I have been baffled for years as to why environmental causes have been ignored. The vaccine making brother is starting to make sense why the diversion was so insistently necessary. Very intersting. I got a good chuckle too.

Emailed to me from a commenter:

"fyi that Insel last summer bought a vacation home in the same community as my recently deceased grandmother (96 years old!). My grandmother had lived in "scientist cliffs" since the 50's when it was very inexpensive and considered a long trip from DC. Now all the chesapeake bay waterfront cliff "cabins" are close to a million dollars (even with real estate downturn) and it's only an hour with the newer roads. How does Insel afford that on an GS15? NIH salary??"