This is the evil PR murder goo that slimed out of gates of hell to praise the tool of the Devil that "won" Wyeth's case in SCOTUS so that no vaccine injured family could ever access their 7th Amendment right to sue when a vaccine kills or disables their child. 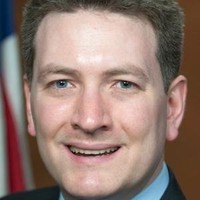 Horwich, who recently turned 39, was named a partner in January, just 17 months after he joined the firm. He attributes part of his success as a Rising Star to being exposed to an enormous number of different legal issues through his time as Assistant to the Solicitor General in the U.S. Department of Justice, as well as clerkships in the U.S. Supreme Court, the Third Circuit and the Northern District of California.

“As an appellate lawyer, there is really no substitute for having a broad base of areas of the law where you have some familiarity,” Horwich said. “Our stock in trade is talking to generalist judges who tend not to have extremely deep knowledge of any single subject matter but rather a desire to fit the pieces of the law together in a harmonious way. Coming to an appellate court with that common ground is really valuable.”

During his more than five years with the U.S. Solicitor General, Horwich was able to argue 10 cases before the nation’s highest court. One of the most memorable and rewarding cases, he said, was Bruesewitz v. Wyeth LLC, a 2011 ruling that held the National Childhood Vaccine Injury Act of 1986 preempts design-defect tort claims against vaccine manufacturers.

Horwich, who argued on behalf of the federal government as a friend of the  court siding with the drugmakers, said it was important because it helped prevent pharmaceutical companies from exiting the less than lucrative vaccine market due to tort liability.

“The law stands as one of the most ingenious and successful pieces of tort reform ever,” Horwich said.  “I’m certainly proud of being a part of delivering on the promise that Congress sought out to make in the 1980s and certainly take only the smallest amount of credit.”

Horwich said he uses that experience and many others, as well as his time clerking for Justices Samuel A. Alito and Sandra Day O’Connor, to help him in his practice. His ability to “marry the understanding of the local courts with the long view of what a case looks like if it’s impacted by the Supreme Court” brings value to his firm’s clients, he said.

In advising Swedish telecom equipment maker Telefonaktiebolaget LM Ericsson Inc. in its patent licensing dispute with tech giant Apple Inc., one of the biggest mobile tech cases of the past year, Horwich said they were preparing to address the unresolved issue of how courts will assess damages for standard essential patents on fair, reasonable, and nondiscriminatory, or FRAND, terms.

“That’s an issue at the forefront of the intersection of IP and antitrust law,” Horwich said.  While the issue wasn’t decided due to a global settlement reached between the parties in December, Horwich said his appellate experience provides him with a key long-term outlook at the trial level.

“Understanding how precedent develops in appellate court gives you an advantage at trial court, where you’re building that record,” he said. “Bringing that long-term perspective is valuable to a client who is interested in the sound development of the law that governs its business activity.”

One piece of advice that he offers young lawyers looking to advance their careers is to distinguish yourself from other attorneys.

“The background I have developed is something distinctive,” Horwich said. “Being able to explain what you as an attorney can offer that is distinctive is the path to success, because it puts yourself in the best position to tell clients, ‘I’m the right person for this job.’”

He is "PROUD" to have left hundreds of thousands of people without the right to walk into a courtroom and tell their story to a jury, or compel anyone in the entire $30B per year industry to testify under oath on product safety... or even hand over one single document.

He believes that gutting the 7th amendment to protect a business that kills babies by chemical poisoning, even when they are still in the safety of their mother's womb is "ingenious."  And of course that the massive violation of the Bill of Rights to make open fraud that has resulted tricking parents into destroying the health of their own precious children, decimating more than one generation of children, is a "success."

Well, to be fair, he is not wrong on that last point.  NCVIA and VICP are the most successful frauds in US history.  No one has ever managed the consiquence free murder and maiming of children for profit like the post 1986 US National Immunization Program.

"But, Ginger," you may say, "Why attack him personally... he is just a lawyer doing his job, right?"

Nope.  He "takes only the smallest amount of credit" for my lack of ability to hold Sanofi responsible for lying about the safety of the vaccine that gave my son brain damage, and prevent any other children from suffering what my son did, but he has taken credit none the less.  So...

Meet Ben Horwich.  The smiling face of evil.  At your service for the right price.  Not even the slaughter of innnocent babies will stop him from getting you the money and power you want.

Find best Caring Family & General Practitioner Doctor in Singapore through Anteh Dispensary Pte Ltd. Our dedicated healthcare team has the skills and resources to take care of your needs.

Having issues in QuickBooks? Ask from us at QuickBooks Support Phone Number 1-855-9O7-O4O6 . Our experienced QuickBooks Professionals are deployed on the line to give 100% satisfactory results.

I really appreciate  DR AKHIGBE,my name is LAURIE HUGHES . I will never stop testifying DR AKHIGBE , Happiness is all i see now I never thought that I will be cured from HIV virus again. DR AKHIGBE did it for me I have been suffering from a deadly disease (HIV) for the past 2 years now, I had spent a lot of money going from one place to another, from churches to churches, hospitals have been my home every day residence. Constant checks up have been my hobby not until this faithful day,  I saw a testimony on how DR AKHIGBE helped someone in curing his HIV disease in internet quickly I copied his email which is drrealakhigbe@gmail.com just to give him a test I spoke to him, he asked me to do some certain things which I did, he told me that he is going to provide the herbal cure to me, which he did, then he asked me to go for medical checkup after some days, after using the herbal cure and i did, behold I was free from the deadly disease,till now no HIV in me again he only asked me to post the testimony through the whole world, faithfully am doing it now,all the testimony of DR AKHIGBE is true  please BROTHER and SISTER, MOTHER and FATHER he is great, I owe him in return. if you are having a similar problem just email him on drrealakhigbe@gmail.com or you can whats App his mobile number on +2349010754824  He can also cure these diseases like HIV and AIDS, BLADDER PAIN, DENGUE FEVER. HERPES,DIABETICS,CANCER, HEPATITIS A&B,CHRONIC DISEASES, HIGH BLOOD PRESURE, OBESITY,   ASTHMA, HEART DISEASES, EXTERNAL INFECTION, EPILEPSY, STROKE, MULTIPLE SCLEROSIS, NAUSEA,VOMITING OR DIARRHEA LUPUS,ECZEMA,BACK PAIN,JOINT PAIN, ERYSIPELAS, MALARIA,  BACTERIA , PULMONARY FIBROSIS. DIARRHEA,JAPANISE B ENCEPHALITIES, RABIE, BREAST INFECTION. CYSTIC FIBROSIS,  ETC .please email drrealakhigbe@gmail.com    or whats APP him  ..+2349010754824  he is a real good and honest man.  website...  https:drrealakhigbe.weebly.com

I'm 57 years old and female. I was diagnosed a couple of years ago with COPD and I was beyond scared! My lung function test indicated 49% capacity. After having had flu a year ago, the shortness of breath, coughing and chest pains continued even after being treated with antibiotics. I've been smoking two packs a day for 36 years. Being born without a sternum caused my ribs to be curled in just one inch away from my spine, resulting to underdeveloped lungs. At age 34 I had surgery and it was fixed. Unfortunately my smoking just caused more damage to my already under developed lungs. The problem was having is that I enjoy smoking and don't want to give up! Have tried twice before and nearly went crazy and don't want to go through that again. I saw the fear in my husband and children's eyes when I told them about my condition then they start to find solution on their own to help my condition.I am an 57 now who was diagnose COPD emphysema which I know was from my years of smoking. I started smoking in school when smoking was socially acceptable. I remember when smoking was permitted in hospitals. It was not known then how dangerous cigarettes were for us, and it seemed everybody smoked but i was able to get rid of my COPD lung condition through the help of  Dr Akhigbe   total cure herbal medicine. my husband saw his testimony on the internet he used his powerful medicine to cured different diseases. we contacted his email   [drrealakhigbe@gmail.com}   He has the right herbal formula to help you get rid and repair any lung conditions and others diseases, will cure you totally and permanently with his natural organic herbs,We received the medicine through courier delivery service. I wish anybody who starts smoking at a young age would realize what will eventually happen to their bodies if they continue that vile habit throughout their life.
Dr Akhighe also cured diseases like, HERPES, DIABETES, HIV/AIDS, COPD, CANCER,ASTHMA,STROKE,LUPUS,JOINT PAIN,CHRONIC DISEASES,PARKINSON DISEASES,TUBERCULOSIS,HIGH BLOOD PRESSURE,BREAST INFECTION,WOMEN SEXUAL PROBLEM, GINGIVITIS, ERYSIPELAS,STAPHYLOCOCCUS,HEPATITIS A/B, QUICK EJACULATION, IMMUNOTHERAPY, GONORRHEA,SYPHILIS,WAST/BACK PAIN,PELVIC INFLAMMATORY, DICK ENLARGEMENT,HEART DISEASES,TERMINAL ILLNESS,SHIFT IN FOCUS,ATAXIA,COMMON COLD,CROHN'S DISEASES,ALCOHOL SPECTRUM DISORDER,GRAVES DISEASE,HEARING LOSS, INTERSTITIA CYSTITIS,LEUKEMIA,MULTIPLE SCLEROSIS,OBESITY,RABIS,SCOLIOSIS,INFLUENZA, POLIO,JACOB,ETC. If you are out there looking for your cure please  contact  dr Akhigbe  by his email    drrealakhigbe@gmail.com     or contact his whatsapp number   +2349010754824
God bless you Dr Akhigbe for your good hand work on my life.